The AFL will pay tribute to a talented teenage footballer who was left a quadriplegic after a seaside accident last month.

Brighton Grammar Year 8 student Will Murray, 14, suffered a severe spinal injury after jumping from a pier at Half Moon Bay on January 17.

“The bones were damaged and the spinal cord underneath it was damaged as well,” Royal Children’s Hospital Head of Rehabilitation Dr Adam Scheinberg told 9NEWS. 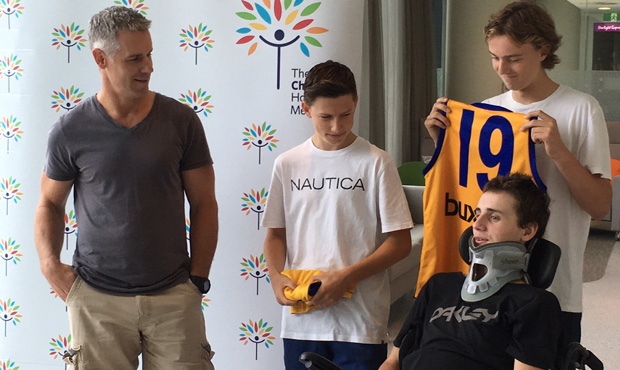 The 14-year-old’s teammates, family, junior club and the AFL are holding a tribute match during the NAB Challenge on March 10 to raise awareness of his condition and fundraise for his future.

“Will’s rehabilitation is going to be a long and difficult road, and he will be in the Royal Children’s rehab ward for quite a few months“, the hospital’s head of rehabilitation Dr Adam Scheinberg said.

The AFL is staging the tribute match to help Will’s family raise awareness for a fundraising appeal.
The Murray family is hoping to generate funds to support Will’s on-going care and rehabilitation.

Donations can be made at www.wheretheresawill.com.au.