Do your kids drive you crazy with frustrating habits like thumb sucking, hair pulling, nail biting or nose picking?

Lots of children have habits, especially during the kindergarten years and usually involving touching or fiddling with some part of their face or body. The good news is that even though these habits might annoy parents, they’re usually nothing to worry about and often disappear with time. 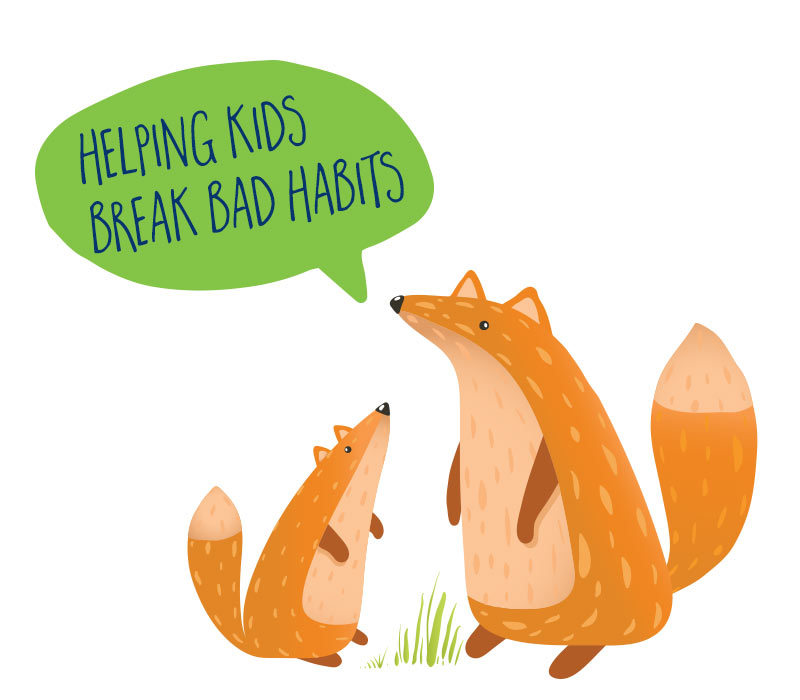 “These sorts of childhood habits are caused by a multitude of things but the most common are boredom and anxiety, and children use the habits as a way of soothing themselves,” says paediatrician Dr Valerie Sung* from the Centre for Community Child Health at The Royal Children’s Hospital.

“Most of these habits go away by themselves and most do not bother the children and are harmless. The only reason for intervening is if it’s causing problems, for example for social reasons, it’s causing harm or if parents feel that it significantly impacts on the child’s quality of life.

“It also depends on the kind of habit and how much impact it has on the child’s activities. For example, twirling the hair might be less of an issue than sucking the thumb or fingers, which might interfere with eating, talking or how they interact with other kids.”

For parents who decide to do something about their children’s habits, child psychologist Kimberley O’Brien from The Quirky Kid Clinic says helping kids decide to modify their behaviour will yield the most success.

“The best thing is to help kids be motivated to make the changes themselves,” she says. “Look at what the child is gaining from that behaviour and find it in other places so you can increase their motivation to change.”

O’Brien says a sucking necklace may help to distract children from chewing their fingers, pencils or toys, while a bracelet make with hair-like fabric can serve as a replacement for the real thing. “Children can use these tools for self-soothing instead, which helps move behaviour to something more socially appropriate,” she says.

As with everything, children will respond to different strategies. A gentle reminder may be enough for some kids, while for others drawing attention to the habit might make them feel more anxious and therefore more likely to persist with it.

Social interactions with other kids may also help children to break habits. ” A lot of the time it comes down to peer intervention,” says O’Brien. “Other kids will start saying ‘What are you doing that for?’ or “You always do that’. This makes the child more motivated to distract themselves or use an alternative.’

However, aside from what happens on the playground, positive strategies like rewards and patience have been shown to be far more effective than negative approaches like yelling and punishment. Praise is an especially good reinforcement for changed behaviour – just remember to praise actions rather than using general statements like good girl or good boy

“If the child voluntarily stops a habit and replaces it with something else, give the child immediate praise such as, I can hear your words clearly when you’re not sucking your fingers, says Dr Sung. The main thing is giving praise and not becoming frustrated and giving the habit attention with negative behaviour.

And while some experts recommend using unpleasant flavoured products that can be applied to little fingers as a deterrent against thumb sucking and nail biting, O’Brien says a milder approach is best.

“It’s okay for parents to want to break children’s habits, but it needs to be done in a gentle fashion,” she says. “In the past if kids were thumb sucking parents may have put something on their hands that tastes yukky to stop them, but it can be quite stressful for kids if their self-soothing technique is taken away from them instantly and as a consequence they may get more stressed and look to self-soothe even more.”

—
If you are concerned about your child’s ‘bad’ habits, speak with your general practitioner or get additional advice from one of our general paediatricians.