Correcting history – how the modern game of AFL was invented 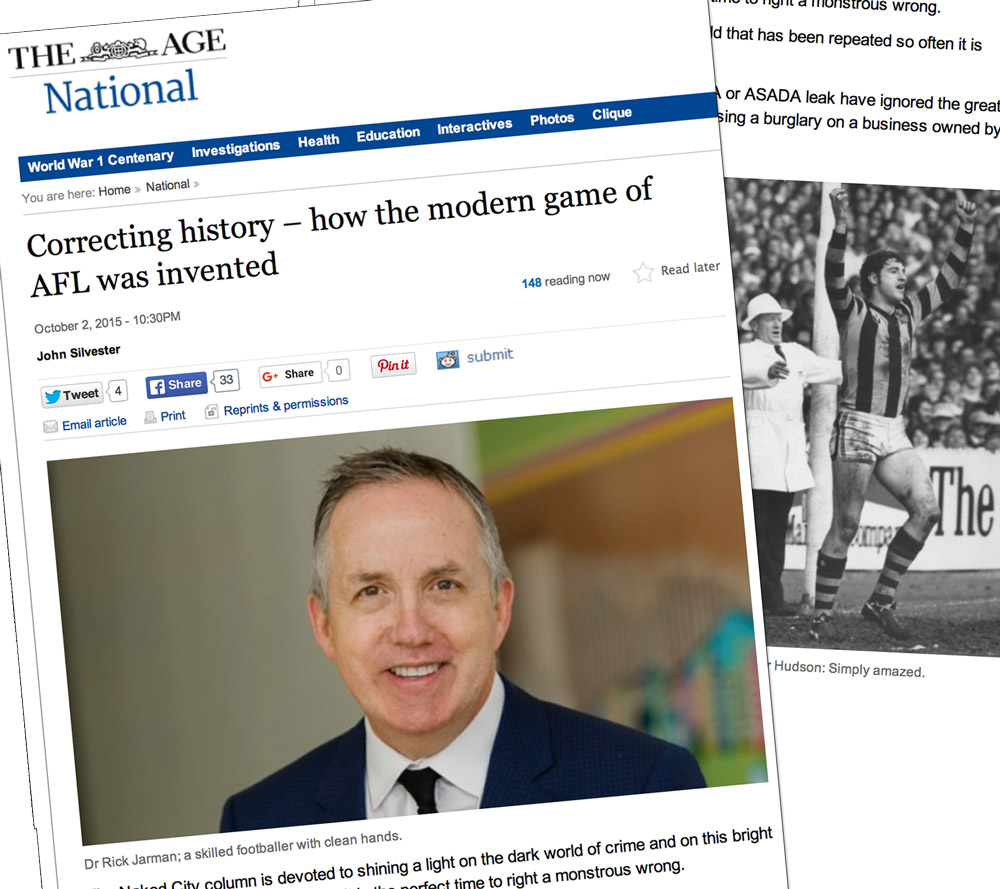 Paediatrician Rick Jarman makes a contribution to AFL folklore – How the Modern Game of AFL Was Invented.

John Silvester in The Age recounts the story of how he (at age 11) and his best friend Rick Jarman formed the ‘Mosquito Fleet’ and became the co-fathers of the Modern Game in AFL History.