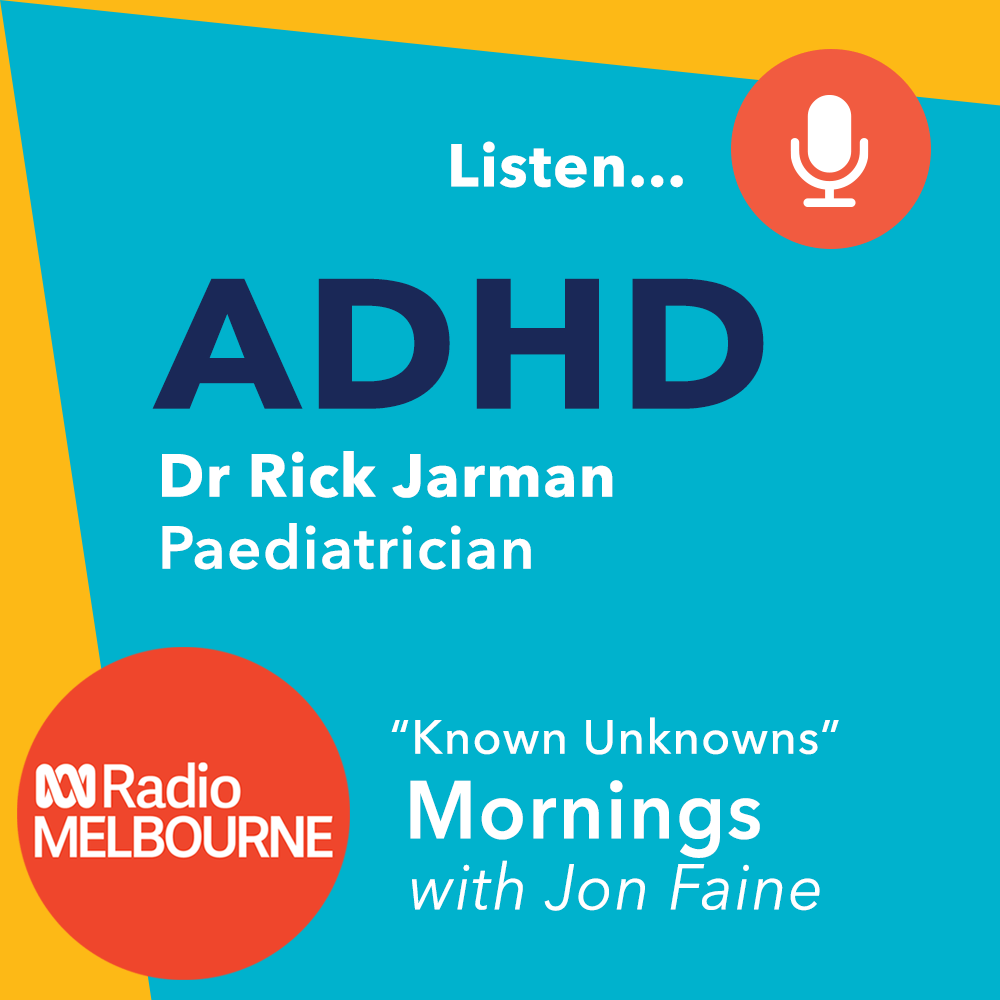 October 25, 2018 In Development and Behaviour

Paediatrician, Dr Rick Jarman discusses ADHD on Mornings with Jon Faine, ABC Radio Melbourne. The audio of this episode of Known Unknowns is available below.

Jon Faine:
What exactly is ADHD

Rick Jarman:
Simply put… ADHD is defined as a persistent pattern of inattention and/or hyperactive and impulsive behaviour that is more frequent and severe than is typically seen at a given stage of development. The symptoms are usually present in early life. They tend to become a problem in early school age and they may remain troublesome across the individuals lifespan.

Listen to the full episode above.