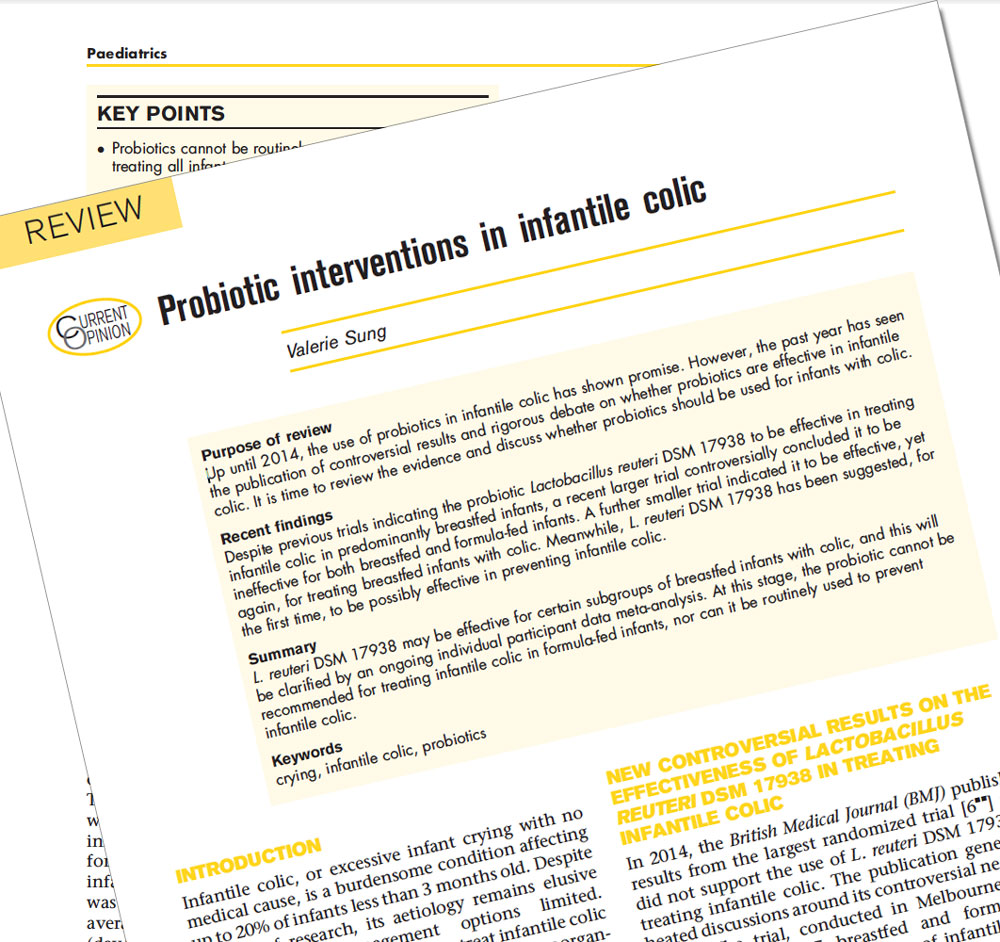 Despite previous trials indicating the probiotic Lactobacillus reuteri DSM 17938 to be effective in treating infantile colic in predominantly breastfed infants, a recent larger trial controversially concluded it to be ineffective for both breastfed and formula-fed infants. A further smaller trial indicated it to be effective, yet again, for treating breastfed infants with colic. Meanwhile, L. reuteri DSM 17938 has been suggested, for the first time, to be possibly effective in preventing infantile colic.

L. reuteri DSM 17938 may be effective for certain subgroups of breastfed infants with colic, and this will be clarified by an ongoing individual participant data meta-analysis. At this stage, the probiotic cannot be recommended for treating infantile colic in formula-fed infants, nor can it be routinely used to prevent infantile colic.