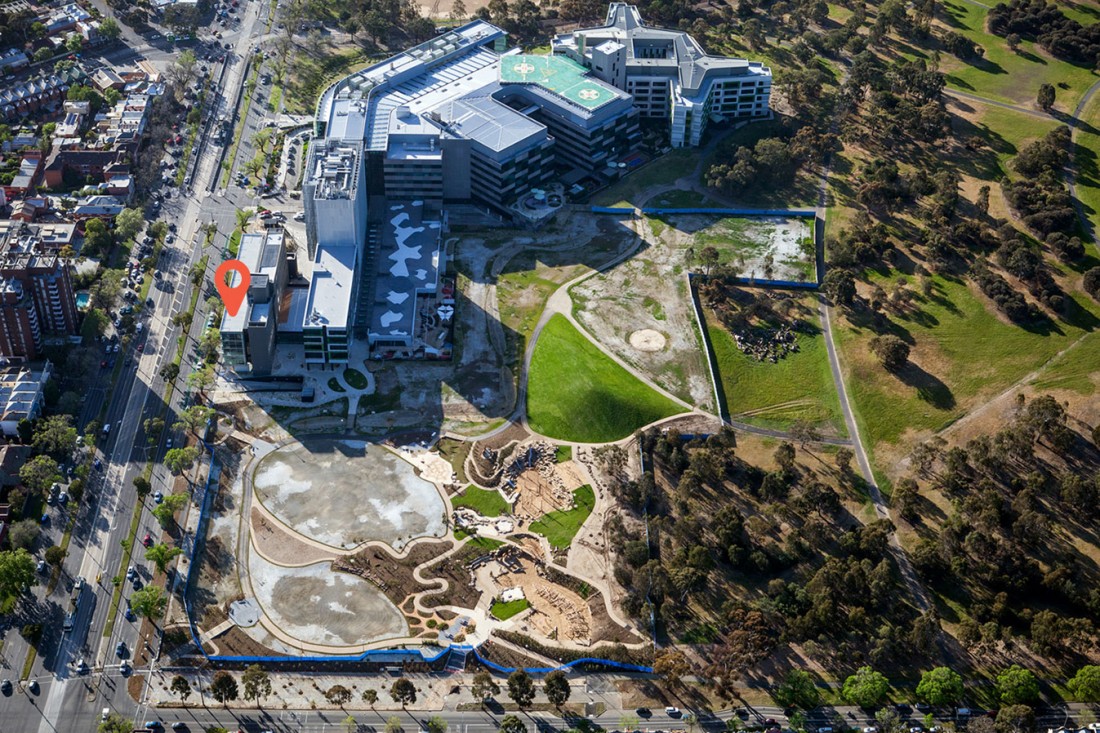 Melbourne Paediatric Specialists’ new clinic facilities forms part of the new commercial precinct at the Royal Children’s Hospital, on Flemington Road which also is the home to the new Art Series Hotel, The Larwill Studio. 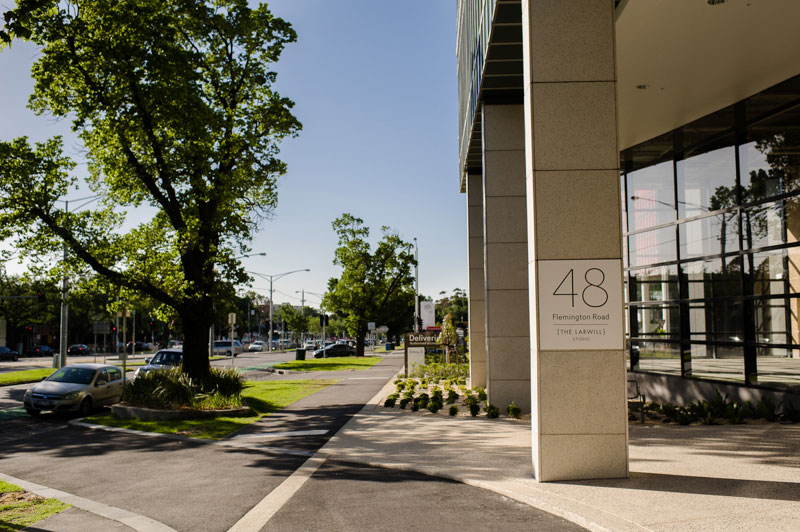 The development of the new space at 48 Flemington Road marks the end of the demolition of the old RCH hospital buildings, construction of additional underground car park spaces, a hotel, staff gymnasium, additional childcare facilities, consulting suites and other general retail outlets, with the reinstatement of the old hospital site as parkland. This parkland area is due to be officially opened to the public in February 2015.

[Aerial Image above courtesy of City of Melbourne]