Lactobacillus reuteri is not effective in treating infants with colic

How common is colic?

Colic is very common, affecting around 1 in 5 babies less than 3 months old.

What are the symptoms of colic ?

The symptoms of colic usually start within the first few weeks of life, with the crying usually peaking at 6 to 8 weeks, then spontaneously resolving after 3 to 4 months. Parents usually report babies with colic to have unpredictable episodes of crying that are hard to soothe, often occurring in the late afternoons and evenings. The crying babies may look like they are in pain because they often draw up their legs, arch their back and pass wind, often because of swallowing air during crying.

Why do babies get colic?

What are the effects of colic?

The most important and serious effects of colic are maternal depression and child abuse, or the Shaken Baby Syndrome. Mothers with babies with colic are usually sleep deprived, and it can be very stressful and exhausting to look after a baby who cries a lot, especially when it seems that nothing would stop the baby from crying. Mothers with babies with colic often stop breastfeeding early. Many parents try many different kinds of infant formula in the hope that they would find the right one to suit their baby.

What treatments are currently recommended for colic?

Currently, there are no effective treatment options for colic. In a small proportion of babies with colic, who usually have other symptoms in addition to their crying, excluding dairy from their mother’s diet or changing them to a dairy-free formula can sometimes work, but this doesn’t work for all babies with colic. Because nothing really works for colic, parents are often given conflicting and confusing advice. This is not helpful to parents who are already exhausted and stressed out.

What are probiotics, and how may they work for babies with colic?

How was this study conducted?

How were infants recruited in this study, over what period?

What does this study show?

Is Lactobacillus reuteri effective in treating infants with colic?

Were there any differences between breastfed and formula fed babies?

What makes this study the first, largest and most rigorous trial?

What implications might these findings have for the treatment of colic?

After conducting the Melbourne trial, Dr Sung led an international collaboration of researchers from 11 institutes around the world to try to establish whether certain groups of babies with colic might benefit from probiotics.

The researchers combined raw data from the Melbourne trial with those from three other similar trials from Italy, Poland and Canada. The team found that amongst breastfed babies with colic, the probiotic group was two times more likely to reduce crying by 50% by the 21st day of treatment compared to the placebo group.

However, the probiotic was not effective for the formula-fed babies with colic.

Recommendations for use of probiotics for infant colic 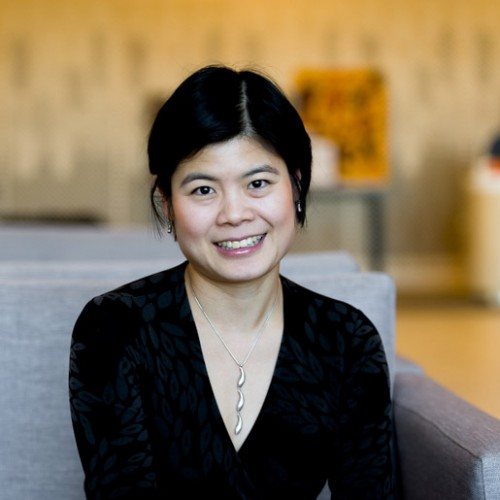